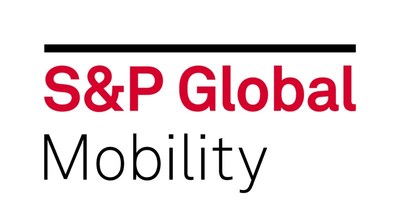 The combined black swan events of the COVID-19 pandemic and the Russian invasion of Ukraine have already stretched the automotive supply line – especially in regard to semiconductors. Now, some OEMs and suppliers with energy-intensive manufacturing processes may face extensive pressure in terms of energy costs in the coming months.

As a result, potential manufacturing losses from Europe-based OEM final-assembly plants could reach more than 1 million units per quarter, starting in the fourth quarter of 2022 through the entirety of 2023, according to forecasts by S&P Global Mobility and S&P Commodity Insights.

Starting in the fourth quarter of 2022 through 2023, quarterly production from Europe-based auto manufacturing plants was forecast to be in the 4–4.5-million-unit range per quarter – predicting moderate growth. However, with potential utility restrictions, that OEM output could be reduced to as low as 2.75–3 million units per quarter.

As seen with past regional events – Ukraine-sourced neon shortages hampering semiconductor deliveries, and the 2011 Japan earthquake and tsunami crippling supplies for microcontrollers, mass-airflow sensors, and Xirallic paint pigments – losing one crucial piece in the global supply chain can bring the automotive manufacturing industry to a crunching halt.

The consensus forecasts for a cold, wet European La Niña winter, combined with energy shortages, could have a similar effect. The recent leaks in the subsea Russian pipelines to Europe adds to risk and the likelihood that our model is directionally correct.

S&P Global Mobility is forecasting significant supply chain disruption from November through spring. We also anticipate disruption of the traditional just-in-time supply model due to some suppliers implementing a schedule of working fractional-months on a 24/7 setup – which can be more energy-efficient than traditional weekly shifts due to the latter's higher start-up and shut-down energy costs.

We consider mandatory energy rationing to be the basis for a pessimistic scenario for the region's auto producers and suppliers. For an industry already struggling with low inventories of vehicles in dealer showrooms, an additional crisis could be incapacitating on a global scale.

European suppliers send parts, components, and modules to OEMs around the world – thus impacting all automakers, not just regional ones. And U.S. retail customers could also suffer, as EU/UK manufacturing plants are currently exporting about 7,000 units per month to American shores – but shipped 213,750 vehicles in the entirety of 2019, according to Global Trade Atlas.

"If you look through the supply chain – particularly where there's any metallic structure forming through pressing, welding or extrusion – there's a tremendous amount of energy involved," said Edwin Pope, Principal Analyst, Materials & Lightweighting at S&P Global Mobility. "Total energy usage in these companies could be up to one-and-a-half times what we're seeing in vehicle assembly today. Anecdotally, we're hearing that some of this manufacturing capacity is becoming so uneconomic that companies are simply shutting up shop."

Before the energy crisis, gas and electric costs were a relatively inconsequential component of a vehicle's bill of materials, typically less than €50 per vehicle. Now with cost increases ranging from €687 to €773 per vehicle, energy costs compound an already perilous position for the sector – given the impact raw material price increases have already had on the nascent electric vehicle value chains. Both serve to undermine margins in a market where cost increases will be difficult to pass on to customers already facing food and energy inflation.

Across the European Union, energy constraints could result in nations or regions enacting emergency policies to counter this threat. OEMs also have a certain level of countervailing power with the regional utility companies and via governmental lobbying operations.

"However, the pressure on the automotive supply chain will be intense, especially the more one moves upstream from vehicle manufacturing," Pope said. "Upstream supplier parts production constraints could impact OEM volumes. As a result, we see a risk of OEMs halting shipments of completed vehicles due to shortages of single components, which are not necessarily coupled to country-level energy policies."

How countries will be able to react

S&P Global Mobility has modeled the impact of the looming energy crunch on 11 European countries – each a significant vehicle production location – to assess which countries' automotive segments are best positioned to withstand the severe energy headwinds this winter.

The model borrows from macroeconomic aggregate demand frameworks in assessing consumption, investment, and government expenditure to which an assessment of energy mix and gas storage is added. Based on a quantitative assessment of available information, six dimensions are scored on a relative basis between 1 and 5, with 5 being the best score.

The effect the energy crisis could have on a country's economic performance and societal wellbeing can also be connected to a country's industrial footprint. The most energy intensive industrial sectors are aviation and shipping, but their energy consumption is tied almost exclusively to oil, where price increases have not been of the magnitude seen in gas and electricity. Industrial sectors that see high usage of gas and electricity include chemicals and metallic products, both of which are intrinsically tied to automotive manufacturing.

That impact is shown by some counterintuitive results in the S&P Global Mobility analysis. Germany has relied on Russia for its gas supplies and is phasing out nuclear power, both of which would seem to place that nation in a precarious energy situation. However, Germany benefits from its government's famous fiscal rectitude, which gives it relatively more budgetary headroom to ride out the energy storm. Further, the country benefits from a relatively low reliance on electricity generation derived from gas and from being in a decent position from a gas storage perspective.

The model also reveals how crucial government intervention in household and industry support has been for the UK. In the past few weeks, the UK government has announced measures adding up to some GBP200 billion for consumers and industry – accounting for nearly 7% of the country's GDP and more than double the level of its nearest rival Italy. Without such support, the UK would be near the bottom of the table, in a position similar to that of Italy – which suffers doubly owing to its debt and budget deficit position as well as its low energy self-sufficiency and reliance on gas power for electricity generation.

The chart also brings into focus the relative position of a country's macroeconomic position vis-à-vis energy and macroeconomic policies. Italy is one of the more vulnerable economies, and this weakness will be further compounded by the relative cost disadvantage its manufacturing base faces.

Not all countries will be impacted equally by the energy market imbalances roiling markets in Europe. That said, it is clear that an era of abundant, and cheap, energy is over – and this has shocked policymakers into varying degrees of response.

The impact of energy prices

The impact of the surge in prices is shown starkly in the subsequent chart. Applying energy prices from the start of 2020 and comparing with the current situation permits a view of the additional cost that has been borne by OEMs. The subsequent chart shows the gas and electricity cost increase for a typical reference vehicle across France, Germany, and Italy.

To allow for an apples-to-apples comparison in examining typical energy usage in each stage of final assembly, the single reference vehicle used was a Volkswagen Golf MKVIII, tipping the scales at a shade under 1,370 kg, and considering local energy mix.

There are some caveats to this methodology. Carmakers sometimes source their energy with different mixes than the country where they operate, while we assume identical energy sourcing in our model. Automakers also tend to lock gas and electricity prices with utilities and use different financial instruments to reduce their exposure – to the point they often end up reporting significant windfalls from these hedging bets, as seen recently with the likes of Volkswagen and Daimler. In our model, we assume they are paying wholesale spot prices.

Ominous signs for the supplier tiers

Despite these warning signs, some OEMs protect their supplier base by indexing the price of key commodities monthly for their suppliers, which means that some suppliers are not locked into contracts at an inelastic price point through the length of the contract. However, this practice is not completely widespread.

"As you go further upstream, the sheltering the OEM provides becomes less," Pope said. "Additionally, smaller companies in Tiers 2 and 3 of the supply chain are likely to neither have the resources nor the operational sophistication required for hedging instruments, forward contracts and the like."

The situation Europe faces may be only transient. Much will depend on how the Russia-Ukraine conflict unfolds. However, a longer-term transformation of the energy picture could result in structural consequences for the industry. This would see production schedules, manufacturing footprints and sourcing strategies being discarded and replaced with a shift to locations where the energy cost burden is least. While Europe faces a winter of discontent now, more disruption could follow. This will bring fundamental upheaval to the region's auto sector and beyond.

In the way that labor cost used to be a key determinant of manufacturing location, energy mix and self-sufficiency could become key elements of future sourcing decisions.

At S&P Global Mobility, we provide invaluable insights derived from unmatched automotive data, enabling our customers to anticipate change and make decisions with conviction. Our expertise helps them to optimize their businesses, reach the right consumers, and shape the future of mobility. We open the door to automotive innovation, revealing the buying patterns of today and helping customers plan for the emerging technologies of tomorrow.

S&P Global Mobility is a division of S&P Global (NYSE: SPGI). S&P Global is the world's foremost provider of credit ratings, benchmarks, analytics and workflow solutions in the global capital, commodity and automotive markets. With every one of our offerings, we help many of the world's leading organizations navigate the economic landscape so they can plan for tomorrow, today. For more information, visit www.spglobal.com/mobility.